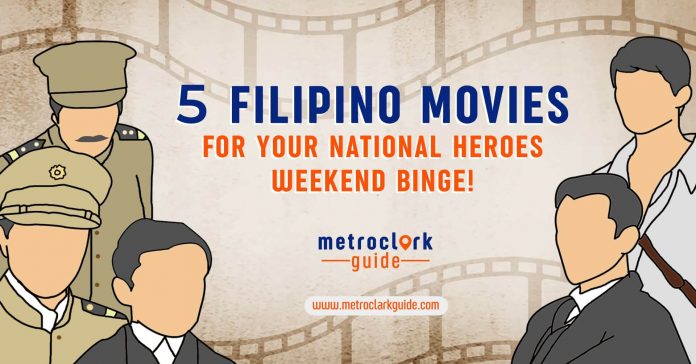 It’s a known fact that this holiday weekend happened because of “National Heroes’ Day” which we celebrate annually on every 31st of August. It’s a great time to be nostalgic, find a reason to look back and appreciate the people responsible for our sovereignty today. So skip all those Western or Korean series and films for this weekend and start binging on these hero movies fit for the “National Heroes’” weekend!

Obviously, this is an automatic choice. But no matter how many times we’ve seen this phenomenal film, it always entertains us with relatable dialogues, awesome scenes of action and it’s different from what we were told back in our history subjects in school. ‘Heneral Luna’ was released in 2015, and I was astonished how ecstatic my friends and classmates were to see this movie. It definitely lived up to its hype!

This hit biopic film highlights the vulgar yet lovable personality and focused leadership of General Antonio Luna when he served during the Philippine Revolutionary Army in the Philippine-American War. You know I need not tell you a lot about this movie because you will enjoy it, anyway.

The next perfect film to watch is the sequel of ‘Heneral Luna’ because the movie follows the events from that unforgettable ending of the first one. Released in 2018, ‘Goyo: Ang Batang Heneral’ or simply ‘Goyo’, follows Gregorio Del Pilar known as the titular “Boy General” who served and died during the Philippine-American War and finally facing his demise at the historic Battle of Tirad Pass.

From its eye-catching cinematography, set designs, to the music and acting, everything was superb! In all honesty, nothing beats the first film, but this is a great watch too because you’ll learn more about the untold stories of some history icons we read about in school and are now being re-introduced to us differently. It has its heart. But expect to be brokenhearted by the end of the film.

Our binge-list won’t be complete without a biopic of our national hero. This 1998 film shows our very own Jose Protacio Rizal Mercado y Alonso Realonda, on his life story as a son, brother, friend, writer, lover, and most notably, how he sacrificed himself and his future so Filipinos could have the fuel to fight against the colonizers.

You will also see how some of our countrymen became traitors of the country by siding with the antagonists, accepting Western culture and disregarding the sacrifices of Filipino who had to die for the country just so we could be free. I won’t say much, but this mentality still exists today.

It was an official entry for the 1998 Metro Manila Film Festival and won almost all the awards including Best Picture and Best Actor for Cesar Montano’s performance. This fact alone should assure you that you’re in for a great watch!

Also, I can’t believe I’m as old as this movie. Haha!

Next on our list is a movie featuring our former President Manuel L. Quezon. You may always see him in every 20-Peso bill you have in your wallet, but do you know of his story and legacy?

This is a refreshing take on Philippine history as it focuses on Quezon’s plan to shelter German and Austrian Jews who fled from the Nazi Germany to the Philippines looking for help during the Pre-World War II era. It won at least 20 awards as the film took part in various international film festivals including the Cinema World Fest Awards in Ottawa, Canada.

To complete our roster of films is the epic drama film that showcased the life of Andres Bonifacio, The Father of the Philippine Revolution. You might know bits and pieces of his life story from all the field trips and musicals you’ve seen back in school, but this movie shows more than what you know.

The film features Bonifacio as a loving brother, husband and a fierce soldier who became the hero we recognize today. This also proves that Filipinos have the strongest hearts, especially when it comes to fighting for their country. All the feels!

After watching this film it will remind you of this important life lesson: You are not born a hero, but you can die as one. Goosebumps!

BONUS: The Women of Malolos

I’m 80% sure you haven’t seen this or don’t have an idea that this film exists but come on, it’s girl power!

It is a musical documentary film, a less serious version of all the films in our list. It is narrated by Basilia Tantoco and exhibits dramatized historical events from 1888 to 1906 when women stepped up and fought for liberation.

Its initial premise is about the young women, from Malolos obviously, who desired to learn Spanish. The friars objected, naturally, but they still opened a school for this purpose. This story inspired Jose Rizal to write the letter “To the Young Women of Malolos”.

But the chief delight here is how these young women served the first Red Cross in Malolos. They also recruited members to the first women’s organization in the country, the Asociacion Feminista Filipina. Talk about legacy!

I hope this pumped you up to see these amazing films! If you got any more movies to suggest or you want a list for our next feature. Let me know! Share your thoughts in the comments! 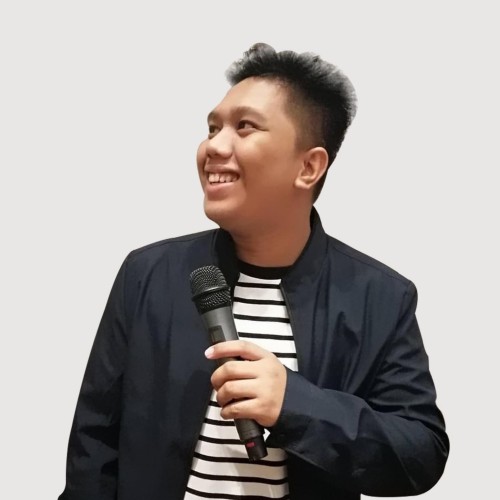 Jim
Jim has been in a relationship with marketing for 6 years and counting. He's a passionate achiever, talented, but most important of all, humble. He helps brands show off their essence in their online presence and will ultimately guide you to discover great finds and hidden gems in Metro Clark. Connect with Jim on Instagram: @jimmarvelous
Facebook
Twitter
Viber
Previous article
Google pays tribute to the Philippines’ King of Comedy Rodolfo ‘Dolphy’ Quizon with a doodle.
Next article
Netflix releases coming this October 2020 that you should add to your list