Siam Station: Embrace the BL Life at this Angeles Café 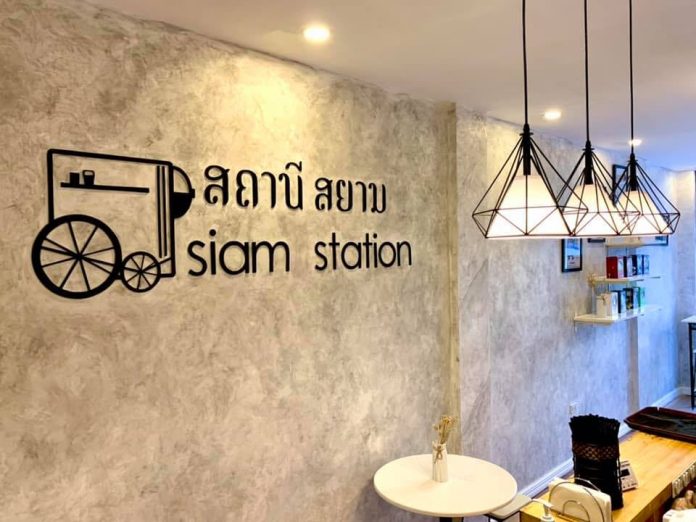 Siam Station in Angeles City, Pampanga, could be the first BL (Boys Love) themed café in the country. A brainchild of Kapampangan lass Han Nicdao, who became a fan way back in 2013, encountered BL culture while watching one of her favorite Thai teen drama, Hormones the Series.

This themed café offers famous Thai street drinks and local products, but more than the food, one would notice its shipper atmosphere as the place is full of merchandise from your favorite Thai BL series!

Interestingly, Han’s inspiration for starting the establishment began when she visited Thailand in 2015 for an international fan meeting of a Kpop band called DAY6. There she met a fellow Filipina who showed her around and immersed her more in Thai culture.

“We went to a place in Bangkok called SIAM,” she shared. (Siam is an old name of Thailand)

“SIAM became my favorite place to hang out. I’ve become friends with a lot of good-hearted Thais, and it makes me love the country more and more,” she added.

Since then, Han travels to Thailand three to five times per year, becoming knowledgeable in its tradition and culture. But when community lockdowns due to the pandemic started to cripple her travels (Alaiwa!), instead of feeling all gloomy, she used her free time conceptualizing about a local version of the country she learned to love.

Motivated by her passion for business plus her craving for Thai street foods and drinks, sepanx from her foreign friends, longing for the experience, and adrenaline rush whenever she gets to interact with various Thai artists, Siam Station became a reality.

“I started dreaming and planning about this Thai Street Cafe last year, December 2020, while contemplating what will happen with my life and career now that the events or mass gatherings in the Philippines are not allowed anymore.” Han narrated in our interview.

She contemplated well and researched; by February 2021, this thoroughly convinced her that the business would materialize. In March, she started building this Thai-themed street Cafe that caters to fans and non-fans who want to experience a piece of the culture of Thailand, which includes BL.

Thai BL series depicts two male leads (or several couples) who fall in love with one another, breaking stereotypes and championing the idea that love chooses the person and not the sex or gender, religion, or any other status.

As a local appropriation of yaoi, the Japan-originating form of romantic fiction that revolves around the romantic narratives of two males; BL culture has been a force to be reckoned with in South-East Asia the past years, dominating the publishing, television, film, and merchandising industry- and with places like Siam Station, the food and restaurant industry as well.

Filipinos have been watching the Thai BL series long before, but viewership hyped during the pandemic. Favorites are the SOTUS series, TharnType, Love by Chance, Theory of Love, Kiss Me Again Series, 2gether, A Thousand Stars, and Lovely Writer, to name a few. You’ll be able to learn more about them at Siam Station’s BL corner and check fascinating memorabilia and items.

“Surprisingly, more non-BL fans are coming to our café instead of our expected customers,” Han happily disclosed.

The place is simply for everybody, regardless if they are familiar with BL or not. The young owner still sees the café to be a safe space for all, especially the LGBTQ+ community, and together, provide a place to celebrate the fandom, their personal truths and know and learn more about Thai culture.

A Taste of Thai… land

Imagine that! You don’t have to fly to Thailand to get a taste of that pink liquid!

Also, a good partner for Nom Yen would be Siam Station’s Bento for snacks. According to Han, these two are a match made. Something sweet and creamy will contradict the hot and spicy taste of the Bento Squid snack, and it will make you go for another round.

But they’re not stopping there!

If your travels have been postponed and you’re itching for the international experience, take a visit at Siam Station and have a feel of what Thailand is, located on the second floor of Lorenza Roman Building, 769 Pandan – Magalang Road, Sto. Cristo Angeles City, and are open Monday to Saturday, from 12:00 PM to 9:30 PM.

Gerone Baladhay
Gerone is a freelance writer, editor and writing coach. He is a spoken word artist and author of a chapbook called "Burarul". He loves traveling with his second-hand Toyota 2013 vioz. A fan of pizza, anime, all that is Kapampangan, the beach, mountains, BL series, and the oxford comma.
Facebook
Twitter
Viber
Previous articleClark Free Bus Ride Continues
Next articleCafe Aláya: Finding Coffee and Getting Lost

Craving authentic Asian, hawker-style dishes? Potang Bengi is the right place to be!